When we are in a relationship, it’s inevitable to have a conflict or friction with our spouse. We are, anyway, two different characters, so it’s no wonder that we have different opinion from time to time, depending on the situation. This friction might feel more intense for some people who are married. We might not expect certain kind of conflicts appear before us and our husband or wife, especially because we did not have it when we were still dating him or her.

Anyway, this opening leads us to my story yesterday night. I was quite upset with my hubby since he kept disturbing my sleep. I know it might sound ridiculous, but I’ll still share it anyway 😅

First, he woke me up around 11pm when I was sleeping with Aqmar. His reason? He felt that the AC was too cold and wanted me to somehow make it warmer. I could not turn off the AC because our son used to it alreadg, so I just increased the temperature to 30C (I am not sure if it’s even considered as real temperature in AC). He seemed a bit satisfied, so I decided to go back to sleep.

That’s when he started SINGING. Yes, he was singing while doing his report. During the day, I would not mind to have him singing next to me. BUT IT’S MIDNIGHT AND I WAS TIRED. I asked him nicely, even half-joking, to turn off the “radio”. He did it for a while, before he started singing again, right when I about to fall asleep. I was so upset, but I did not want to argue with him anymore, so I just closed my eyes and put a pillow on top of my head, hoping it would help me to sleep better.

Somehow it worked, and I was sleeping pretty well when he WOKE ME UP AGAIN. This time, he asked me to give him the blanket that I was using to make him warmer. That’s when I became very, very upset. In short, he was aware that I was upset, and got himself another blanket from our room (hah!! ) (we were sleeping at Aqmar’s room by the way). But since I was upset, I did not use anyway the blanket that he returned to me. As a result, I could not sleep, and instead writing this rant.

Now, for some people it might sound like a silly thing to make fuss about, but for me, having a good sleep is important. Being disturbed for trivia things is a big no-no for me, especially when I am pretty tired and just want to have a good rest. In addition, I am a stubborn and expressive person, so I really made sure my husband knew what I was thinking, even with few words.

Though he was also upset with my action, in the morning he apologized to me, and finally realized that his singing was actually disturbing my sleep. It seems that he was truly sorry and would not repeat his mistake, but let’s see if that’s really the case!

In the end, I guess what I want to say is that communication is an important key for a couple to solve any issue. As silly as a problem might be, it is always better to let your spouse knows your feeling about the situation. Then, together we can try to find a solution to make sure the problem solved, and both parties are satisfied (or at least okay-ish).

PS. Please don’t ask about the title. I am very bad on making one, so I’ll keep this one for now 😂

Due to current situation with Corona, the university where I work has implemented “Work from Home” policy. In the beginning it was planned to finish by March end, but the last information I got, the work from home policy will be continued until the beginning of May. Though in one side I am a bit relieved since I don’t need to go out and having a risk to be infected by COVID-19, in another side I am really struggling to be able work properly at home.

The main reason of course, my lovely little boy, Aqmar. Though I don’t mind to have him around me when I work individually, it becomes quite challenging when I need to give online lecture or if I have a meeting with my peers. Luckily, my husband and I are taking turn in babysitting him during the day, but this situation drains our energy pretty fast, and leave us with lack or no energy at night. So most of the time, I can’t continue work at night because I was too tired to even open the laptop. Having said that, I realized that my lack of exercise is also a key factor which affect my body strength. I think I have a (big) homework to start doing light exercise to ensure I have enough energy to do my work and taking care of my family everyday.

Corona pandemic has also made us become a bit paranoia. My husband asked me to stop online shopping for now until the situation gets better (inner mind said: NOOOOOOOOOO………….). Though I a m bit upset, I understand his concern. Any contact with external party, whether it’s a delivery service man, post man, or anyone, will raise a risk of us get infected by Covid-19. Some might think we are over protective (even I sometimes think the same….), but playing safe is the best option we have to minimize the risk.

I guess what I can conclude from staying at home during this chaotic situation is:

Wherever you are in this planet, stay safe, take care of yourself and your family, and please, don’t be selfish!

Well, I think the title of this post already explains what I want to say *cough* *cough*. I wonder how many people out there who have similar situation like me. I believe there are lots of people who like to write or at least excited to write something, but in reality, they don’t necessarily write something “good enough”. Or worse, they do not write anything at all. I can say I am one of those people, and though I hate myself so much because of it, it still often happens.

I think for my case, the major root cause is my laziness and my habit to procrastinate things. Unfortunately it happens not only on writing, but also other aspects of my life. Time Management has become a major issue for me, and I am still working on it. Hopefully I can find the ultimate solution as soon as possible because I am not sure I can keep up with all the pending items in my life. Ugh.

Anyway, back to writing! Soooo, actually I have been wanting to write some short stories, a novella and a draft of personal experience book. So much for a plan, eh? In reality, I haven’t started writing anything since the idea popped up several months ago (about three months ago, I guess?). Just today I started to write an outline for my book. This is the first time I feel the confidence and excitement to write my own book. My target is to have the draft ready by early next year, because I will also include my teaching experience in the book. Wish me luck! 🙂

Imaginary reader: Wait. You know what you want to write, so why bother to make this post then?

Well…because I need to start writing something to motivate me more and build the momentum. Writing in a blog or blogging is the best way for me to start it, since I can write (almost) everything here. Besides, I really was confused on where to start (writing). Starting with a book outline came out as the best choice since I pretty much know the main topic that I want to write. Finding ideas for short stories and novella is way much harder compared to it.

Imaginary reader: Alright, alright. So when can you share your writing?

Soon enough, I hope! For now, cheer for me, please 🙂

These past few months have been quite a roller coaster for me. After being a stay-at-home mom for almost a year, I decided to come back to “office” activity. However, it is a little bit different this time. Instead of working as an employee in another multinational company, I decided to pursue my other interest on education by applying as a lecturer.

It was not an easy decision. Even though contributing to education is one of my life goals, being a lecturer was not something I considered in the past. I was thinking more on providing a mini library for children in the community (which is still part of the plan, by the way). Honestly speaking, I had lack of confidence on becoming a lecturer or a teacher, since I had no teaching background whatsoever.

In the end, I guess if it’s meant to be, then be it. After passing through several tests, I was officially accepted as a lecturer in my former university last January. Who would have thought I would pass the one-month recruitment process, considering that my competitors are the much younger and energetic persons? I am fully convinced that this is the best path for me now (insya Allah), and I have to do my best to contribute with my new role.

There is still a long journey in front of me, but I am excited to see what’s come next. Hopefully everything will go well as planned. Wish me luck!

And suddenly it’s 2020 already! After having a somehow-amazing-yet-overwhelming year in 2019, I am hoping to have a better and more stable year in 2020. Although I started it badly because I have had a flu since few days ago, I am excited to finalize my action plan to reach my goals this year. Wish me luck!

Last Saturday I had a visit from one of my colleagues and friends after being apart for a while. After I left the company, I practically “lost contact” with most of my working colleagues. They are busy with work (obviously), while I am busy figuring out what I should do next. Having been an employee for almost 11 years, being in a situation where you are no longer working 9-5 is quite overwhelming. I never thought it will be this challenging to bounce back and have back control of my life.

I know I can eventually overcome this situation, I just hope it will come as soon as possible. Lots of homework to do!

Anyway, back to the visit, even though it was short, I think we had a good chat, updating each other with recent status. I have known her for nine years since I first joined the company. She is one of those friends who I think are genuinely caring about me.

Then I remember thinking about how thin is the borderline between colleagues and friends. As someone who had been working for 10+ years, I experienced the condition when your life was, well, practically your work. I focused so much on my work that my circle in the end only consisted of my working colleagues. The good thing was, some of them really became my friends. But some others were back to strangers when I was no longer with the company.

I realized that I should not have been that naive. It’s just normal for people to connect or not to with others, depending on their chemistry with each other. But sometimes, being hopeless sensitive I am, I wished I could be friends with everyone. Of course, that could not be the case 😛

The real evidence of procrastination! Lol. Plan to write something in October and suddenly, it’s November already. Ugh.

Sometimes I just hate myself.

Time to wake up and START writing! 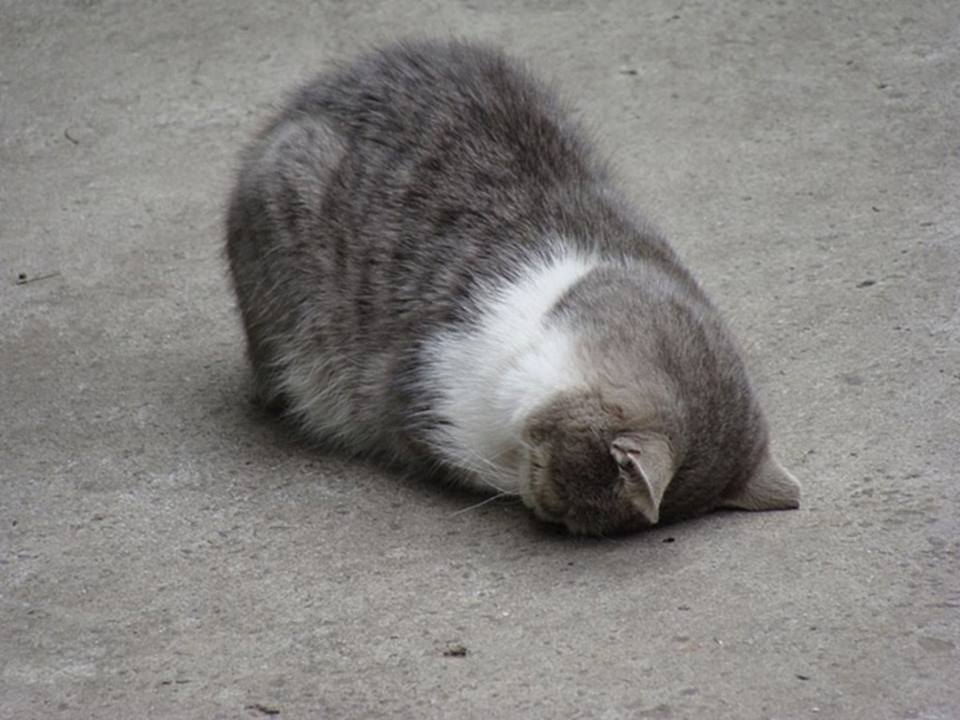 Babbling place for Niken
Create a free website or blog at WordPress.com.